A more severe form of acid reflux is Gastroesophageal Reflux Disease (GERD). It affects millions of people each day and is the most common digestive disorder in the United States.

Americans alone spend more than $15 billion on acid-blocking medications each year. However, the problem with using medications for relief from GERD is that they don’t address the root of the issue, they only cover up the symptoms.

GERD treatments cover up the symptoms rather than address the root of the issue. Although it seems like acid reflux and GERD or the “burn,” as you may describe it, is the result of too much acid, it is the product of too little acid.

That’s right. An interesting point supporting this theory is both heartburn and GERD increase as we age. However, the amount of stomach acid that we have decreases.

According to Dr. Jonathan Wright, people who are suffering from heartburn and GERD have low stomach acid. From his twenty-five years of observation, he very rarely ever saw anyone with too much acid. (1)

GERD is caused by an increase in pressure of the intra-abdominal area. Reflux happens with the pressure that causes bloating that pushes the contents of the stomach (including acid) through the LES (lower esophageal sphincter ) into the esophagus.

Many factors contribute to this, including overeating, obesity, bending over after eating, lying down after eating, and eating spicy or fatty foods.

Candida or yeast overgrowth in the small intestine can also lead to reflux and is a condition that is not difficult to reverse. Some things can cause yeast overgrowth, including overuse of antibiotics, a highly-processed diet, stress, environmental factors, and obesity.

Although it is often challenged, one school of thought is that a common infection known as Helicobacter pylori can cause ulcers and reflux. You can get a blood or breath test to see if you have this issue. This condition is treatable with antibiotics.

We know that one of the jobs of stomach acid is to prevent bacterial growth. If not enough acid is present, overgrowth occurs.

When there is sufficient acid present, and carbohydrates are consumed in moderation, they are broken down into glucose, and the body readily absorbs them.

If there is not enough acid or large amounts of carbohydrates are consumed, some of the carbs will not be absorbed and will end up being fermented by intestinal microbes.

It may also be possible that food sensitivities such as gluten and lactose may be reflux symptoms. Ask your doctor for a food allergy and celiac test to rule these out.

The end goal of any natural therapy is to restore balance to the gut. Here are a few things you can do to reinstate the peace in your digestive tract.

If you suffer from heartburns often and you love eating apples, then that is just perfect. If you don’t, it seems you’ll have to learn how to for your fast pain relief when acid reflux hits you.

Apple coats contain natural pectin suits stomach upset, and they prove useful when used by acid reflux patients. Whether you choose fresh apples, applesauce, or apple cider, apples provide relief to many when heartburn acts up.

Some just use them when symptoms hit; others have added more of them to their diets.

Research published in 2009 found that gastrointestinal damage caused by H. pylori is treatable with the amino acid glutamine, found in many foods, including chicken, dairy products,beef, fish, eggs, and some fruits and vegetables.

L-glutamine, the biologically active isomer of glutamine, is also readily available as a supplement.

According to the Weston Price Foundation, adopting a low carb diet is one of the best things you can do for your gut.

In one study, researchers found that even when participants drank coffee, smoked, and participated in GERD- unfriendly habits, their symptoms were eliminated within one week of eating a low carb diet (20 grams a day).

The participants were able to stop all medications and were symptom-free, even as they increased their carbohydrate intake to 70 percent.

Aloe juice is one of the GERD medications available. The extract of the aloe plant naturally reduces inflammation, which will relieve the symptoms of acid reflux. For this, drink about 1/2 cup of aloe vera juice before meals.

If you are looking to avoid its laxative effect, look for a brand that has removed the laxative component. The juice of the aloe plant naturally helps to reduce inflammation, which may ease the symptoms of acid reflux. Drink about 1/2 cup of aloe vera juice before meals.

Ginger is naturally found to have a gastroprotective effect by blocking acid and suppressing Helicobacter pylori.

According to a 2007 study, it’s also far superior to lansoprazole for preventing the formation of ulcers, exhibiting six- to eight-fold higher potency over the drug!

Ginger root has been naturally used against gastric disturbances since ancient times. It is not new.

Before bed, try a cup of chamomile tea to help soothe stomach inflammation and help you sleep.

6. Abstinence from Fast and Processed Food

Junks ( especially sugar) will only exacerbate issues with heartburn and GERD. It is paramount that you stop eating these types of foods if you want to heal your digestive tract.

Avoid too many raw foods until your condition improves. Eliminate spicy foods and coffee and don’t eat 3 hours before bedtime.

Another example of heartburn relief is vitamin D. Once there is an optimization of your vitamin D levels, you’re also going to increase your production of about 200 antimicrobial peptides which will help your body to get rid of any infection that shouldn’t be there.

As I’ve discussed in many previous articles, you can increase your vitamin D levels through appropriate amounts of sun exposure, or through the use of a safe tanning bed.

If neither of those is available, it’s proper to use an oral vitamin D3 supplement; also remember to increase your vitamin K2 intake.

One-half to one full teaspoon of baking soda (sodium bicarbonate) in an eight-ounce glass of water will reduce the burn as it helps neutralize stomach acid.

I would not recommend this as a natural solution, but it can surely assist in an emergency when you are in excruciating pain.

Another option is to take a hydrochloric betaine supplement, which is available in health food stores without a prescription. You can take as many as you need to get the slightest burning sensation and then decrease by one capsule.

This aids food digestion in the body and will also contribute to kill the H. pylori bacteria.

This exceptionally potent antioxidant was found to suppress symptoms of heartburns in patients when compared to a placebo, particularly in those with pronounced helicobacter pylori infection. The best results were obtained at a daily dose of 40 mg.

Now you know different remedies for acid reflux that works. Try these organic treatments today to stop that heartburn and digestive disorder.

This post may contain affiliate links. Please read my full disclosure and disclaimer. 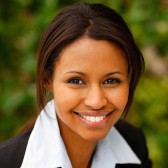 More from this Author

At Skinnyfitmom.co, we strive to help people reach their goals and live better lives.
I hope we can share that mindset and hopefully our guides and tips will help you on your journey.

The power of change is in your hands, but my goal is to help you on the way.

Any cookies that may not be particularly necessary for the website to function and is used specifically to collect user personal data via analytics, ads, other embedded contents are termed as non-necessary cookies. It is mandatory to procure user consent prior to running these cookies on your website.